from FictionZeal.com re: Lies I Live By by Lauren Sabel 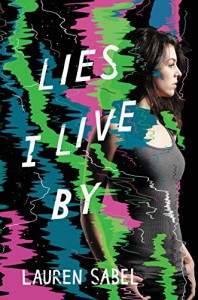 A young teen, Callie Sinclair, was at a park with her family and was approached by a man who called himself Indigo.  My first thought was he’d lead her away from her family and abduct her.  But, no!  His intentions were purely for business purposes.  He’d been watching her over time and figured out she had psychic abilities.  Those strengths were needed for Branch 13, a private company contracted with the CIA.  She fast-tracked her last year of school and began working as a psychic spy in a Governmental Internship.

Coordinates are placed in a sealed manila envelope, and each psychic has their own way of navigating their thought process to the area in question.  Similar to going into hypnosis, Callie can only describe what she is sensing about the location of the coordinates but is not allowed to give her own opinion about it.  Eventually, after Callie begins to piece things together in her mind, she begins to get more involved in the investigation process … taking the initiative on her own.

This starts out with a bang, and it managed to take me on an unexpected path.  That’s always a good thing when you want to read a mystery, but you don’t want it ‘cookie cutter’ style.  Aspects of this story were highly entertaining, and the characters were amiable.  There is a little romance that buds between the pages.  At times, I felt the dialogue was weak.  The turn of the story became too unreal – kind of like seventeen-year-old girl saves multitude with her psychic ability.  This is geared toward YA and teen readers.  Rating: 3 out of 5.